The North East could soon be working with the Government to tackle the skills gap in the region’s tech sector, according to a Cabinet Minister.

Culture Secretary Matt Hancock revealed that his department is in talks with the North East and Tees Valley Local Enterprise Partnerships (LEPs) to form a Digital Skills Partnership (DSP).

DSPs work to develop local tech sectors by improving digital skills across a range of levels, from basic skills to advance digital knowledge. To achieve this the Government teams up with public, private and third sector partners to deliver training and improve skills.

So far DSPs have been piloted in Lancashire and the South West but Mr Hancock has revealed that one could soon be launched in the North East.

Speaking at the Dynamo 18 conference in Newcastle, Mr Hancock said: “One of the main reasons there is such growth across the country in tech is because the industry is sucking in talent and skills where ever it can find it.

“The task here is to make sure we keep getting the brightest and best from around the world, and that we bring in the world’s best coding talent while doing much more to support our home grown talent.

“With the Digital Skills Partnership the aim is to improve the digital skills capability right across the country.”

“The DSP has Government at its core but it has universities and also the companies who are the beneficiaries of this talent as part of the partnership. 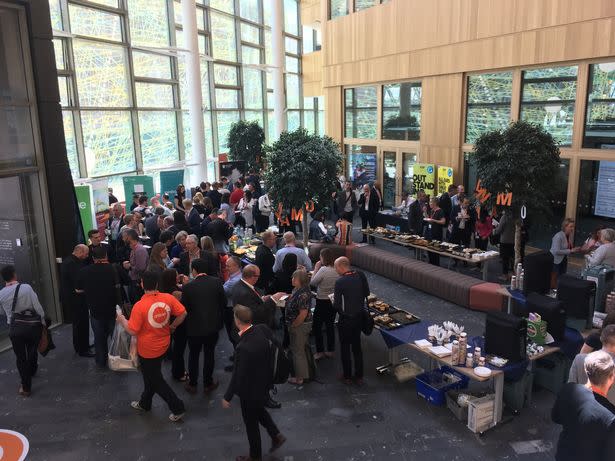 Dynamo 18 at the USB

“We are working with the North East and Tees Valley LEPs to see how we can make a partnership here. Tech firms are coordinating great leadership on this issue.

“It is because we are delivering the skills that businesses need that we are going to get this right. Tech skills are the biggest concern for businesses in Newcastle and the North East. We are going to tackle this but in partnership with others.”

Mr Hancock highlighted the formation of the North East Futures UTC as an example of when private partnerships can work to develop talent. The Newcastle school will open this year and received backing from some of the region’s biggest tech firms, including Ubisoft and Accenture.

He also added that the Government was committed to developing companies into the scale up stage of their life-cycle through the use of capital funding, stating there are far too many UK tech firms sold to international companies because it is the easiest way to receive finance. 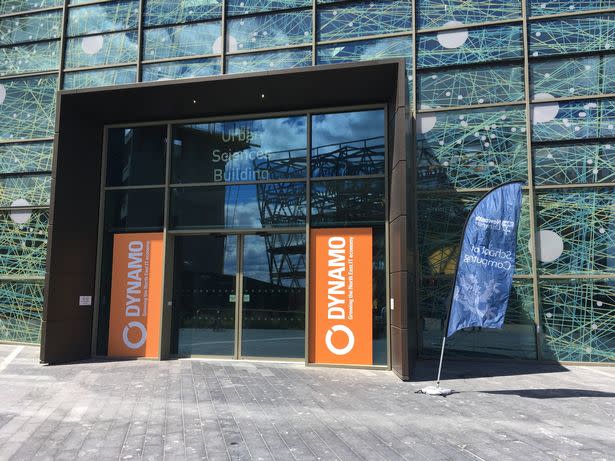 The minister’s comments were made at the Dynamo 18 conference, which was this year entitled Region of the Future and hosted by the Urban Science Building at Newcastle University’s Helix.

The conference covered a range of subjects such as cyber security, digital entertainment, the purpose of challenger banks, digital health, and the skills.

Dynamo chair Charlie Hoult opened the conference highlighting the £87m of initiatives the organisation oversees. He also criticised the significant time it takes to deliver projects despite the “green light” from Westminster.

“We ain’t seen nothing yet,” he said. “It has taken five years to gain momentum but North East Futures UTC opens in September.

There are cranes on the Helix site for National Innovation Centre for Data. And, we have much traction for IC3 – Northumbria University’s International Centre for Connected Construction, after launching this January at House of Lords. Great projects, just they’ve not opened their doors yet.

“These projects, as part of the £350m committed investment on Newcastle Helix, will drive the future of our city.”